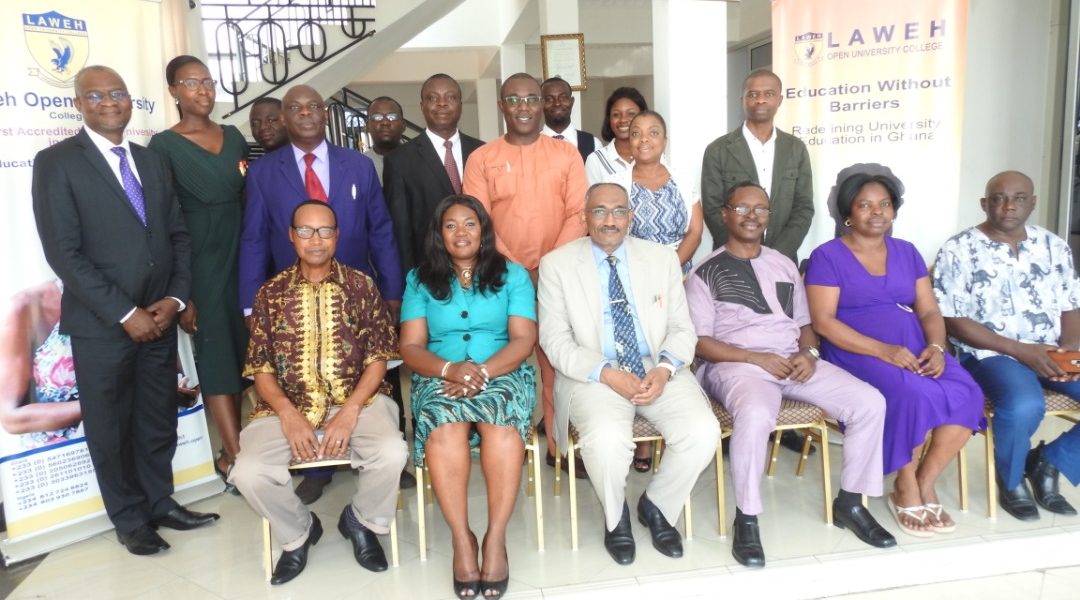 Members of the Executive Board of African Conference for Distance Education (ACDE) have paid an on-site and inspection visit to Ghana as part of preparation towards the 6th ACDE Conference and General Assembly to be hosted by Laweh Open University College, Teshie-Nungua Estates, Accra. The meeting is slated for 24-27 March, 2020.

In attendance at the meeting were Yvette Quashie, Association of African Universities (AAU); Peter Kwasi Kodjie, Secretary-General of All-Africa Students’ Union (AASU) and Hilda Nyarkoa, also of AASU. The AAU and AASU are collaborating institutions for hosting the Conference.

As part of the visit, the ACDE Executive Board Members visited the National Council on Tertiary Education (NCTE), the Association of African Universities, and the Tema Port.

The ACDE is a continental educational organisation comprising African universities and other higher education institutions, which are committed to expanding access to quality education and training through Open and Distance Learning (ODL) including e-Learning. It is a unifying body of distance education providers and practitioners in Africa.

The mandate of the ACDE is primarily to promote research, policy, and quality in open and distance learning to increase access to education and training in Africa through building capacity, fostering collaboration and partnership, and advocacy.