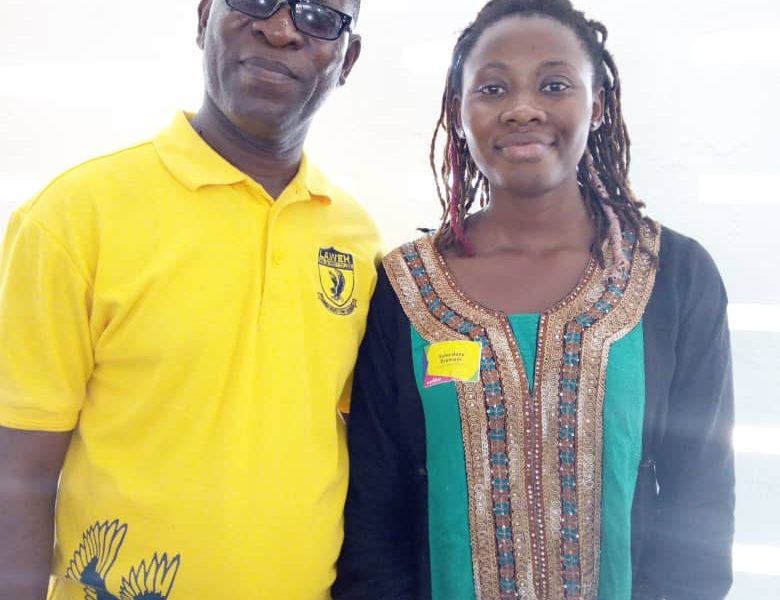 A student of Laweh Open University, Suhaidatu Dramani, has lamented the attitude of Ghanaian society that seeks to protect culprits of sexual assault and rather leave victims to their fate.

Suhaidatu, a level-200 student of the University, observes that this posture by Ghanaians aggravates the situation of victims by pushing them away from going public with their unfortunate condition and thereby bearing their trauma in silence.

She made these observations on Saturday, December 15, while addressing a session on Politics and Society at the two-day international conference on Digitalization and Development, dubbed re:publica, held on 14-15 at the Ghana International Trade Fair Centre, La in Accra. She spoke on Ghana and Sexual Assault in a paper titled ‘For Better, For Worse: What #Me Too Was For Me and For You’.

This is the first time the re:publica, Europe’s largest conference on digital and social topics, has been held in Africa. It was under the theme: NEXT LEVEL.

According Suhaidatu, who is also Programme Co-ordinator of Drama Queens Ghana, a drama group, a number of sexual assault cases in Ghana and their attendant media reports formed the basis for her conclusion about the Ghanaian situation.

She believed it was the dominance of patriarchal nature of Ghana’s society that influences this posture towards victims of sexual assault. She cited some sexual assault cases involving well known personalities, including the case of Kwesi Kyei Darkwa and that of Rashida Black Beauty of Berekum, to buttress her point.

She stressed that in all these instances, society sympathised with the culprits. “This is the face of justice we serve our victims,” she said with tears as the audience went silent. She noted that the setting up of institutions to deal with gender-based violence, including sexual assault, was not enough.

Suhaidatu recalled that when #Me Too, a tweet promoted by victims of sexual assault, went global, Ghanaian victims failed to tweet apparently for fear of either being stigmatized or not gaining public support.

She disclosed that Drama Queens of Ghana have been using play to advocate for justice for the victims of sexual assault and rights of women in general.

During the discussion session, a participant proposed that the Drama Queens should consider some other methods of addressing sexual assault since the instrument of drama appeared not to be effective.

In her response, Suhaidatu said issues surrounding sexual assault were bit complicated, hence the drama focused on a specific target audience, who after their education, were expected to disseminate the message to the wider public.