GOSSIPS, RUMOURS, CONFLICTS ARE NECESSARY EVILS OF THE WORKPLACE 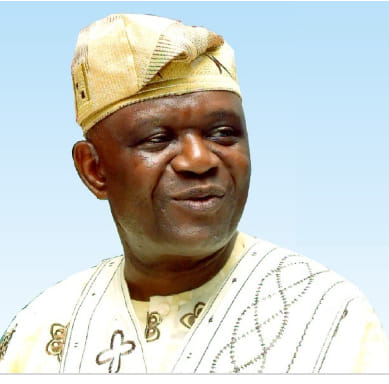 GOSSIPS, RUMOURS, CONFLICTS ARE NECESSARY EVILS OF THE WORKPLACE

The immediate past Secretary-General of the Association of African Universities(AAU), Professor Emeritus Olugbemiro Jegede, has observed that gossips, rumours and conflicts are necessary evils that keep the human landscape, including workplace, vibrant and exciting.
Prof. Jegede expatiated that the trilogy of gossips, rumours and conflicts animates human life and without them society, and for that matter the workplace, would be dull and uninteresting.

He said the workplace is microcosm of the larger society, hence many of the things that obtain in the workplace is a miniature of what exists beyond its walls, the society.
“Gossips, rumours and conflicts, keep the human landscape vibrant and exciting without which things would be very boring. They are necessary evils, we must live with,” he declared.

Consequently, he called on both management and employees to adopt a positive attitude in handling gossips, rumours and conflicts, which are aspects of the larger picture of workplace politics, and turn them into opportunities for the mutual benefit of both the organisation and all those play a role in it.

He made these stunning remarks, which many have described as paradoxical, when he presented a paper on ‘Handling Gossips, Rumours and Conflicts at the Workplace’ during a two-day Master Class on ‘Workplace Politics for Managers’ organised by the Laweh Open University College, Accra, last week.

Prof. Emeritus Jegede, who is also a Member of the United Nations University Institute for Natural Resources in Africa, however, stressed that conflicts “must be nipped in the bud as early as possible” because if they are allowed to persist they could have adverse implications. These include lowering productivity and morale, disrupting flow of work, giving bad image and casting a slur on the integrity of the organisation and individuals.

He identified causes of conflict in organisations to include inadequate or poor communication, deficient work environment, harassment, bullying and autocratic disposition, poor management and leadership, deficiency in training, frustration, stress and overload and burn-out, and undue favouritism.

He a word of advice for leaders on how to resolve conflicts. He urged them to accept and embrace conflict; developed a listening ear, be democratic and create space for discussion, provide guidance to subordinates, acknowledged and reward efforts, be forgiving, and pulling surprises on subordinates.

Drawing from his personal experiences, Prof. Jegede, who is also a former Vice Chancellor of National Open University of Nigeria (NOUN), disclosed that he had found establishing and maintaining an open administration, being firm and not playing double standards, keeping records and eliminating factors that could conflict and resolving them as soon as when they arise as some of the effective measures in dealing with gossips, rumours and conflicts.
The Master Class, the first to be organised by the University, also featured Prof. Joshua Alabi, former Vice Chancellor of University of Professional Studies, Accra (UPSA), who spoke on ‘Dealing with Different Office Personalities and Politics’ ; and Prof. Mrs Goski Alabi, President of Laweh Open University College, Accra, who dealt with the topic ‘Office Politics for Managers’.
Participants, who were drawn from diverse fields, were full of praise for the speakers and called for more of such Master Classes in the not too distant future. Each of them will receive a Certificate of Participation.

The Laweh Open University College plans to organise a Master Class every month.