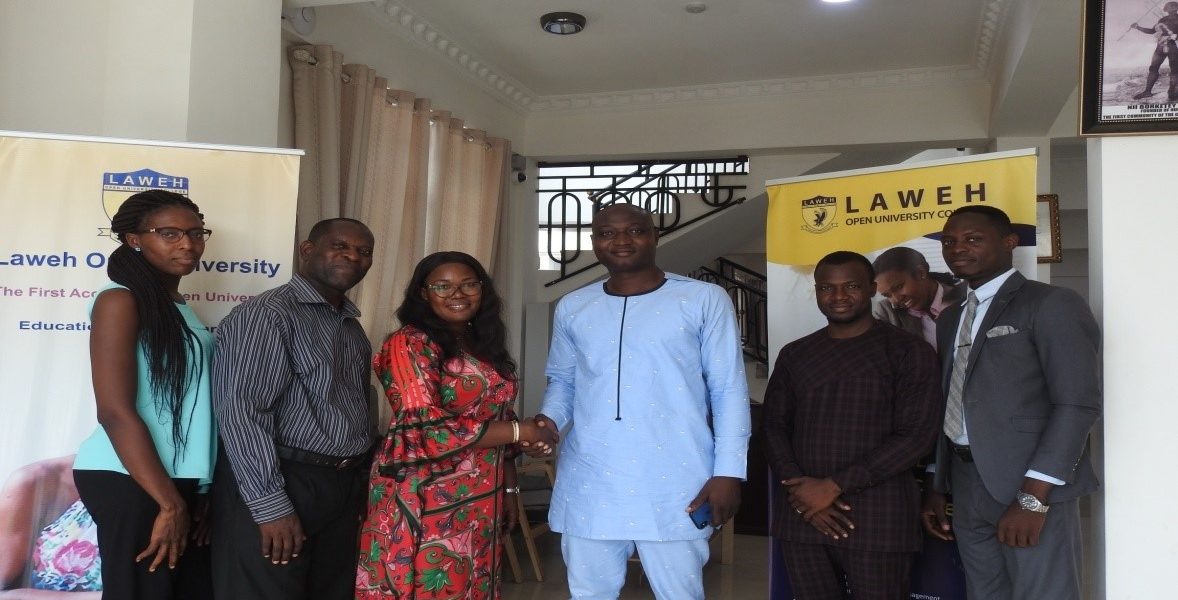 The conferment of the honour, which took place on Wednesday, January 30, at the University, Teshie-Nungua, is part of a collaborative deal between Laweh Open University and NTV.

Speaking at the event, President of Laweh Open University, Prof. Goski Alabi, announced that Mr Hissan would also enjoy half scholarship for a two-year Master of Business Administration in Entrepreneurship.

Prof. Alabi added that the University would offer full scholarships to five students of the North, a facility expected to be made public at the National Independence Anniversary Parade for Schools scheduled to for Tamale on March 6.

In return, students of Laweh University from Northern Ghana will undertake part of their internship at North Television. Similarly, the two institutions will also partner on other relevant programmes in due course.

Prince Hissan expressed his gratitude for the collaboration and assured the University of his unyielding support. He indicated that his decision to establish North Television was predicated on the conviction that media could be used as a vehicle to drive the development agenda of Northern Ghana. He was impressed with the giant strides Laweh Open University has made in its two years of operations.

Prince Hissan has a won a lot of laurels. In 2017, he emerged winner of the Media category of ‘40-Under-40’ Awards ceremony held at the Kempinski Hotel in Accra, and in 2018, adjudged the CEO of the Year in an awards ceremony by ace event organisers, Xodus Comunications.